Contending for the Mission Mobilization Movement

We are living in an extraordinary generation. Things are accelerating in the global Church as the Holy Spirit prepares Jesus’ bride for her greatest victory at the end of the age – the fulfillment of the Great Commission (Matt 24:14; Rev.7:9).

With this acceleration, there are a number of trends and paradigm shifts in global mission right now. For example, much has been made of emerging mission sending movements from the Global South along with the necessary emphasis on disciple-making (DMM’s) and church planting movements (CPM’s) among the unreached.

Another shift is the growing emphasis on mission mobilization. The Spirit is sounding the trumpet globally of the importance of not merely a few people becoming engaged with “cross-cultural mission to the unreached” but the “body of Christ as a whole prioritizing the fulfillment of the Great Commission.”

“Cross-cultural mission” has been taking place in varying degrees over the last 300 years of the modern missionary movement. Mission mobilization, however, is generally a more recent development, though nowhere near the degree to which the Holy Spirit intends to take the global Church in the coming years.

Historically there have been pockets of mission mobilization. The Moravians in the 1730’s; the Haystack Prayer Meeting in 1806; the Student Volunteer Movement from 1886 forward – all played a part in mobilizing in their day. The growing number of ministries and organizations today devoted to mission mobilization reveal something is shifting. They encourage us that the widespread intent of the Lord for mission mobilization is on the horizon.

Initial seeds of growing mission mobilization emphasis have been around a while. The Perspectives Course, developed by Ralph Winter and then US Center For World Mission (now Frontier Ventures), was started over 45 years ago in 1974. Over 130,000 people and counting worldwide have taken the course. 1

The AD2000 and Beyond Movement with Luis Bush in the 1980’s and 90’s fueled the imagination of the global Church to emphasize the possibility of “a church for every people and the Gospel to every person.” The Kairos Course was launched in 1994 providing education and understanding in cross-cultural mission and is serving a growing number of people annually.2 These and other tools and initiatives paved the way for the mission mobilization movement God is trumpeting today.

To rightly grasp the “mission mobilization” paradigm we need to define our terms. There is much confusion in the body of Christ when we do not adequately define what we mean by words we commonly use.

“Cross-cultural mission” itself is different than “mission mobilization.” We could say that “cross-cultural mission” is pursuing the end goal among the unreached (thriving, Spirit-filled, simple, culturally relevant bodies of believers – local churches – multiplied within a fifteen-minute walk of every person on the planet, producing widespread people movements to Christ).

Whereas “mission mobilization” is the means of empowering and equipping the global Church to that end goal (every local ministry educating, inspiring and activating every believer in their roles in the Great Commission).

“Cross-cultural mission” is what we do on the field among unreached people groups whereas “mission mobilization” is the work of waking the global body of Christ to her primary mandate. Historically, we have tended to see these two as one.

The Holy Spirit is orchestrating circumstances so that denominations, independent church networks, associations, and campus ministry organizations in the coming years experience the profound effects of the “mission mobilization movement.”

Every local ministry within these ministry structures becoming a “mission mobilization” incubator. How? Implementing user-friendly, simple tools to mobilize and equip every believer for activation in cross-cultural mission. At present this widespread, grassroots, mobilization process within local ministries is far from common.

How are we defining “mission mobilization?” It is the strategic process of seeing a community of believers moving along the journey of being educated, inspired and activated, each believer engaged in particular roles in the Great Commission. This is different than the often individualistic, one by one approach of “recruiting” for mission agencies or the popular concept of hosting periodic “mission conferences.”

While it is the nature of the Church to be moving out with God in mission, it is rarely, if ever, natural and automatic that believers and churches move into costly mission endeavor without the teaching, challenge, counsel, and encouragement of other followers of Jesus and tools which enable this process.3 “Mission mobilization” is the deliberate means of seeing such a process transpire in mass across the body of Christ globally.

Together with many like-minded ministries, organizations, initiatives, tools and courses globally making up the “mission mobilization movement,” (some of these include Center for Mission Mobilization, Encountering the World of Islam, Let’s Mobilize His Church, Globalcast Resources, MANI, COMIBAM and many more), we are contending (spiritually fighting, warring in the Spirit) for a massive breakthrough in the global Church. This breakthrough sees the Church becoming mobilized and equipped for her role in “preparing the way” for the fulfillment of the Great Commission in this generation.

Be on the lookout for a subsequent article soon on characteristics of this burgeoning “mission mobilization movement.” 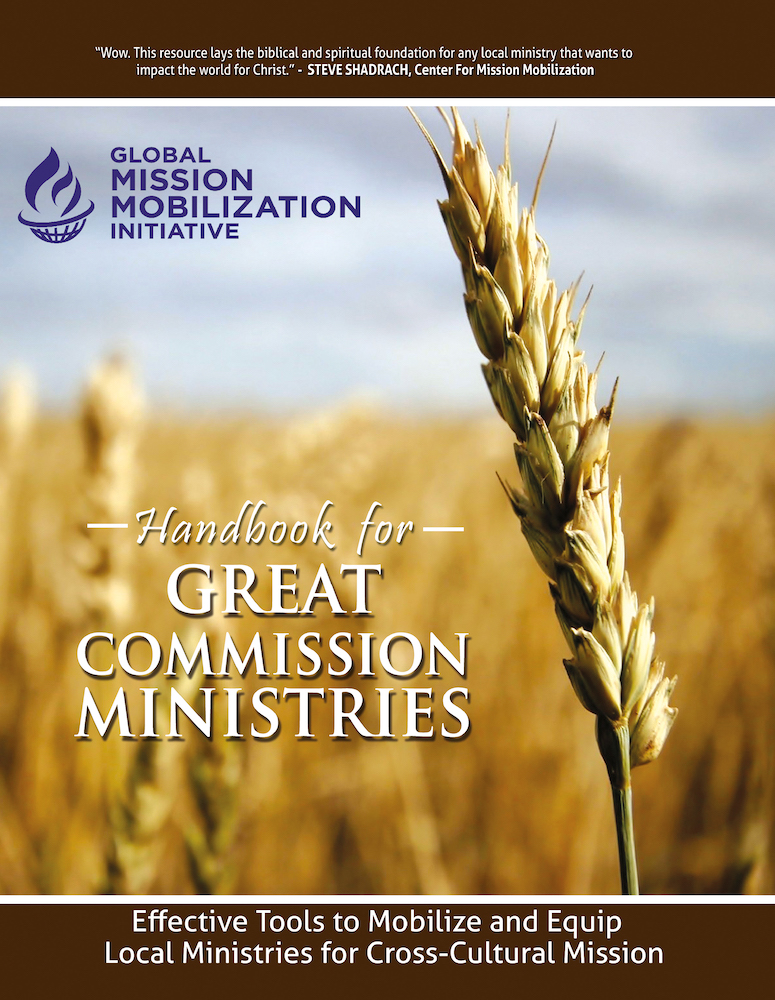 2 thoughts on “Contending for the Mission Mobilization Movement”