Cultivating the Fear of the Lord

One of the areas the Lord seems to be bringing attention to in His global Church is a general lukewarm-ness. He is not doing so out of anger or disgust. But from deep compassion to see His people set free from complacency, aligning with His ways, growing in wholehearted, fascinated devotion to Jesus.

Throughout Scripture the Lord reveals His primary way of keeping our heart’s free from lukewarm-ness and complacency – obediently walking in the “fear the Lord.”

“The fear of the Lord” is core to the global Church walking in abandoned devotion for Jesus. It is central to her being mobilized and equipped for the Great Commission. Without reverential awe” for God expressed in relationships, daily choices, how we spend time, money, and energy, we will be unable to partner with Jesus in His big-picture commands and purposes for the world.

The fulfillment of the Great Commission and reaching all ethnic peoples will be done through a global Church living according to the “fear of the Lord.” That is what He is preparing us for and why His message is so important.

“The fear of the Lord” encapsulates the posture, outlook, attitude He has created His people to possess toward Himself. We are meant to have a high and correct viewpoint toward God. From which we make choices, decisions and express behaviors aligning with who He is and how He created us to live.

Solomon summed up the essence of true life in Ecclesiastes 12:14, “Let us hear the conclusion of the whole matter. Fear God and keep His commandments, for this is man’s all.” A staggering statement!

“The fear of the Lord” speaks of reverential awe of God revealed through a life of submission and yielded-ness to His ways. Believing His ways superior to all human-derived ways. We profoundly respect God because of His authority, infinite wisdom and big-picture redemptive plans which all history are progressing toward.

He is the Genesis 1 God, speaking everything into existence in and through His own authority. He is transcendent, superseding the natural order, separate from it, yet completely connected to it, as its very source and sustainer.

“The fear of the Lord” recognizes God has set up the natural order according to His ways. By His eternal wisdom, unchangeable laws have been written into the universe reflecting His character, glory and plans.

When human beings defiantly resist these universal laws, they take themselves out of the ways of God. “The fear of the Lord” honors God by walking according to God’s universal laws, teachings and principles, recognizing them as superior to human, finite ideas.

By growing in “the fear of the Lord,” we overcome a low view of God, seeing Him correctly – exalted, victorious, supreme, above all. We confess our low, small vision of God, inviting Him to reveal Himself to us daily as He is in His Word and By His Spirit.

Many problems in believer’s lives and churches come down to a failure to cultivate “the fear of the Lord.” We want to be Christians but on our own terms, in our own way. “The fear of the Lord” helps us lay down what society and culture says and “reverentially awe” God for who He is and what the Bible claims about Him. We align our hearts over and over with these truths.

In Deuteronomy 10:12 Moses laid out for the Israelites the core essence of the law. In doing so God was laying eternal foundations of how humanity is meant to live in relationship with the Lord.

This fundamental verse thoroughly agrees with the whole counsel of Scripture. It reveals the
mountaintop every believer and local ministry is to be pursuing in faithfulness to the Lord. And all of it starts with first growing in an exalted approach, outlook, attitude and viewpoint of God.

Walking in the ways of God, loving Him, serving Him with our whole being, keeping His commandments is not possible, except as the expression of an obedient “fear of the Lord.” That’s why Moses put “the fear of the Lord” first in his list and why we must as well.

4 thoughts on “Cultivating the Fear of the Lord” 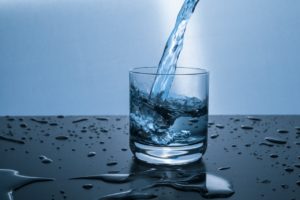 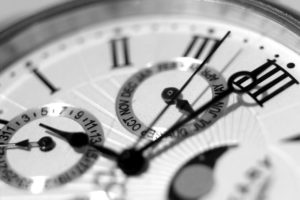