What Is Mobilization Prayer?

God called me to prayer for the nations many years ago, in my early 20’s. My local church had a prayer room onsite devoted to praying for spiritual revival and the gospel to be spread among unreached nations. I spent countless hours in that prayer room.

Through wrestling with God for breakthrough for the gospel globally my own heart was being touched and transformed. I was becoming aligned with the passion of Jesus for all peoples. A significant part of my journey of being “mobilized” was through such prayer for unreached peoples.

Many years later GMMI started its own prayer room, “The Global Harvest Prayer Room,” on our campus in Chiang Mai, Thailand. In addition, we sponsored an annual international 21-day prayer campaign focused on prayer for global harvest among unreached peoples.

Praying less for the lost themselves and more for the necessity of the Church growing in spiritual maturity and depth, while being mobilized, aligning with Jesus’ redemptive purpose for the nations.

At first the concept of praying primarily for the Church didn’t sit right with me. It felt awkward.

Around this same time, I started becoming aware of a startling truth about most of the recorded prayers in the New Testament. Paul’s, Peter’s, and John’s apostolic, recorded prayers generally focused, not primarily on the lost, but on aspects of spiritual development in believer’s lives and their churches corporately.[i]

I began to see a crucial, logical progression in God’s redemptive plan. His people arising in wholehearted devotion to Himself, growing in obedience, faithfulness, perseverance, aligning their wills with His own big-picture, overarching, will of redeeming all peoples.

This process taking place in a growing dimension across the body of Christ would empower the Church to be mobilized and, in an increasing measure, influence unreached peoples with the power of the gospel. The cause and effect were evident.

Prayer for the Church then directly impacts nations. This appears to be why the Holy Spirit deliberately included the recorded prayers of the apostolic leaders in Scripture.

To inspire God’s people through the ages to spiritually contend for growth and breakthrough among the people of God themselves, which in time always overflows among unreached peoples.

Yet I was simultaneously grasping that prayer and intercession for the spiritual development and maturity of the Church alone wasn’t enough. We also needed to pray specifically for the Church to rightly embrace Her core identity and calling as God’s multiplying, reproducing, scattering, missionary people among culturally near and distant unreached peoples.

The combination of this truth being integrated into the hearts and lives of disciples becoming wholehearted and spiritually mature, had explosive potential across the global body of Christ.

We call this mobilization prayer. Prayer focused on elements of the global body of Christ becoming all God intends spiritually, while simultaneously being mobilized, equipped, empowered and scattered to impact both culturally near and distant unreached peoples.

Based on these insights the Spirit was providing, we developed a model for our onsite prayer room that focused on three specific categories of prayer points. Each day we highlight a different country focus. This could be any country in the world.

This shift impacted everything GMMI was doing related to prayer. We began to spend much more time contending for Biblical discipleship, wholehearted devotion, among Jesus’ body in every nation. Recognizing such an emphasis is foundational for developing mature, deep mission clarity and understanding among those same people.

We changed the emphasis of our annual 21-day prayer campaign for the nations to emphasize the call to mobilization prayer, starting instead a monthly day of prayer for global mobilization taking place on the third Tuesday of each month.

Learn more and find out how to participate in the CONTEND! Monthly Day of Prayer For Global Mobilization here.

Through this process we’ve observed how little prayer emphasis globally there is on issues related to mobilization itself. There are a growing number of prayer initiatives focused on the unreached (though we always need more prayer focused on this important category).

But almost no prayer emphases, that I am aware of, that center on intercessory prayer for the global Church itself to become all God intends, while becoming a people rooted in and living from a Great Commission paradigm and identity.

Let us arise in prayer, emphasizing mobilization prayer, within our local ministries, looking in faith to God to grab a hold of hearts and lives for His global glory among the nations. 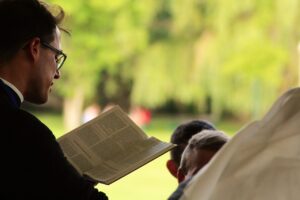