“Message bearer” is an alternative term for “sent one” or “missionary.” The traditional term missionary carries a number of unhelpful negative stereotypes, particularly for believers in parts of the non-western world.

A message bearer is compelled by the Spirit to bear Jesus’ message across cultures, sub-cultures and societal groupings having little or no access to a culturally relevant experience of the Gospel. They deliberately move from where they are, crossing barriers, as the hands, feet and voice of Jesus.

This may mean moving across town to a group from an unreached culture; across a state/ province; across a nation; across a national border to a nearby nation with a similar culture; or to a distant nation and people with a very different culture then their own.

They’re from every nation going to all ethnic peoples, used of God to bear His Kingdom message, reaping a mighty harvest among people. They are men and women, young and old, single and married, from every social and economic status, from respected and unknown families alike.

Some message bearers relate with mission sending agencies while others are sent directly from their local church. Some may be financially supported in traditional ways while the vast majority is sustained through jobs and natural income in their new location.

They may not fit the mold of what others think a message bearer should be. Yet they are called of God, compelled to respond, motivated by love, ready to bear His message among particular groups of peoples who haven’t heard.

Message bearers bring clarity to the whole redemptive revelation of God, not merely the introductory elements. There is great confusion in the earth, sown by Satan and the present evil Age he influences.

Message bearers do not merely evangelize ethnic peoples, but take them on into experiential knowledge of the Kingdom of God, announcing what is available today and all that is to come in the future.

Message bearers are not fuzzy on the truths of the complete redemptive revelation of God. They diligently study God’s Word and His Kingdom applying it in their lives as a faithful witness. In this way they become voices to ethnic peoples.

Message bearers do not see evangelism as an end in itself. They bear the message toward the gathering of simple, New Testament style churches reproducing themselves over and over among the target group.

The sowing of the message is accompanied with purposeful reaping. Reaping is necessary for harvest, implying ingathering. The ingathering of peoples into simple groups – churches.

Through the body of believers in community (churches), the Holy Spirit releases strength, courage and faith, while simultaneously growing each individual in heart love for Jesus.

The Holy Spirit is trumpeting the vision of “a church in every town and village” among unreached and unengaged peoples. In cities this means a church in every neighborhood, apartment block, in essence a church for every 300 – 500 people.

I have driven through many nations asking, “Are there churches in these small towns and villages?” The heartbreaking reality is usually the same, no churches to be found.

The same could be said of neighborhoods in large cities and the uncountable apartment blocks dotting them. No churches!

They embrace Jesus’ humility and meekness, becoming clothed with the powerful presence of God, a literal dwelling place of the manifest presence of God.

They hunger and thirst for God, becoming clothed with God’s Word, while discerning His guidance and revelation in their daily lives. They possess a lifestyle of prayer, persevering with steadiness in the place and assignment God has set them.

They are growing in the gifts of the Spirit and in faith, experiencing supernatural and natural financial provision, learning to trust Jesus alone. They periodically demonstrate signs and wonders testifying of Jesus, announcing the Kingdom in a culturally understood way with authority, delivering the oppressed and healing the sick.

Message bearers bear the message in the midst of the present evil Age set against them. The Kingdom of God has entered the domain of darkness to defeat it. Satan fights to maintain control though he is a defeated foe of Jesus.

This conflict produces challenges and difficulties for message bearers. Yet as over comers through Christ they stand in the midst of darkness, not shying away or drawing back. They shine the light of Christ pushing back the darkness.

Message bearers are single-minded, running the race with endurance (Hebrews 12:1). They persevere in bearing the message, sticking with it in the midst of challenges and difficulties.

They do not buy into the popular Christian narrative that something is wrong when they face troubles. Instead they prepare their heart for troubles. They remember Jesus’ promises of persecution and trouble, especially as message bearers invading ethnic peoples steeped in demonic idolatry. 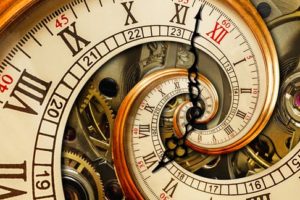 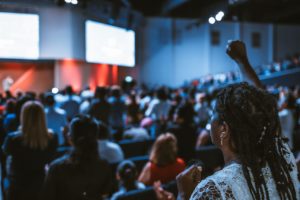