Called To proclaim the Kingdom

When Jesus commissioned the 12 and the 70 disciples on their ministry journeys, He instructed, “Preach, saying the Kingdom of heaven is at hand.” (Matthew 10:7) Jesus’ very message was the message of the Kingdom of God. Throughout His life and ministry, the Kingdom was Jesus’ primary concern.

Many passages in the Old and New Testaments refer to the message the people of God have been entrusted with. They most often revolve around the nature of the Kingdom of God and the righteous King who rules.

One such Old Testament passage is Psalm 145:10-13. “All Your works shall praise You, O Lord, and Your saints shall bless You. They shall speak of the glory of Your Kingdom and talk of Your power. To make known to the sons of men His mighty acts, and the glorious majesty of His Kingdom. Your Kingdom is an everlasting Kingdom and Your dominion endures throughout all generations.”

The entirety of Psalm 145 is a glorious Psalm of praise of God from King David. Yet he is not singing the song merely for himself, but on behalf of others. The ethnic peoples are on David’s mind with this Psalm.

The Psalm can be broken in three portions. Verses 1-4 include a focused commitment (vs. 1) and continuance (vs. 2) to praise the greatness of God, while emphasizing why we praise Him (vs. 3) and the passing on of praise to the next generations (vs. 4).

Verses 10-21 then proceed to reiterate these items in powerful thanksgiving, starting with our focal verses of 10-13. In these verses we first see that the very works of God themselves praise Him in a chorus, along with all the saints.

What are the works of God and the saints together praising? What are they celebrating? They are lifting high His glory, power, mighty acts and the majesty of His Kingdom.

According to this verse (and confirmed throughout Scripture) the saints of God are meant to be communicating to all peoples the glory of the Kingdom of God, talking about its power and splendor, revealing the vast superiority of God in Jesus Christ. It is the truths of the saving acts of God in history we make known to the peoples.

The primary message of the body of Christ, all over the world, is the message of the Kingdom and the glory, honor and sacrificial work of its King, Jesus Christ.

The Kingdom of God in its simplest form, is the rule, reign and authority of God in the world – the sphere in which His rule is exercised. God’s rule and reign is experienced by human beings and communities through entering the Kingdom today as well as in the future (Matthew 8:11; 25:34; 2 Peter 1:11).

God’s reign creates both a future (1 Cor. 15:50) and a present (Matthew 21:31) realm where believers experience the power and blessings of God. God has inaugurated His Kingdom (His manifested reign and will) in this age through the life and work of the Lord Jesus Christ in the flesh. This makes the Kingdom of God available now to all in the present (Matthew 12:28).

Jesus’ life and ministry demonstrated and proclaimed the authority and rule of God, His Kingdom. He explained it, revealed it, invited men and women towards it, while warning of the dangers of neglecting it. The body of Christ today, following in His footsteps continues to explain, reveal, demonstrate and invite people to encounter the King and His marvelous Kingdom.

David concludes Psalm 145 in verse 21 with a recommitment of personal dedication to praise. This leads him to express deep desire that all flesh join him in this glorious anthem of the great King and His eternal Kingdom.

May our own hearts affirm this dedication to praise as well, culminating in seeing many peoples coming into this majestic Kingdom, lifting their own praise of God and His glorious Kingdom.

Learn more about our calling to proclaim the Kingdom in this helpful book. 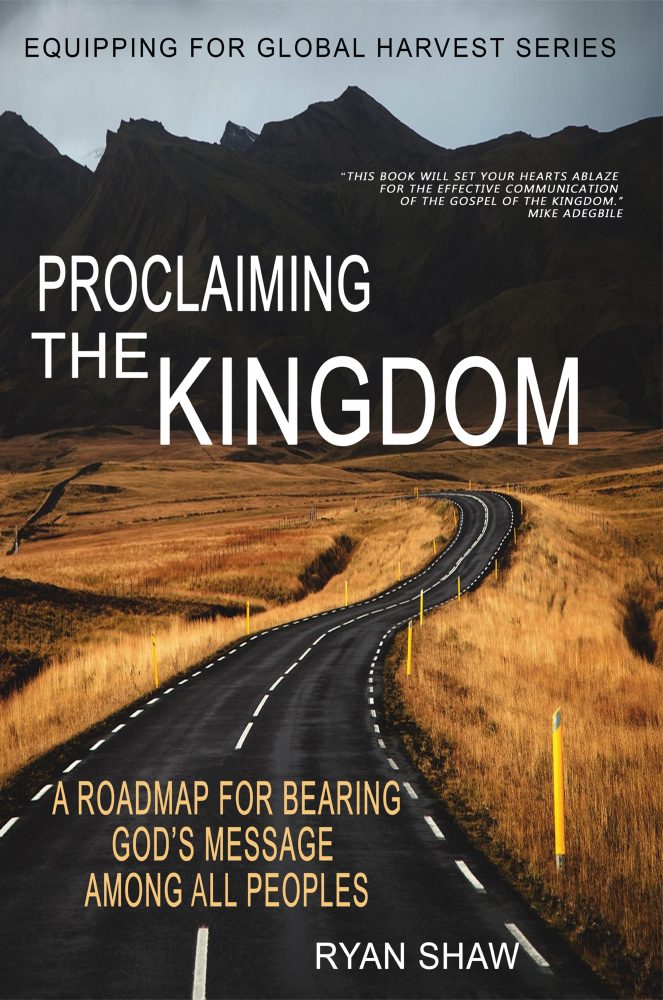